Diva Shasta and Prince Shiloh have a great goal: to publish 1000 posts.  I thought I can reach them my silvermistygrey paw for help and I wrote a guest-post. It's about Beagles, of course, here we go: 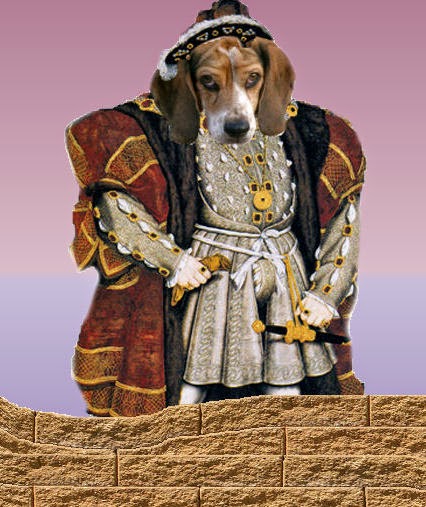 were invented in the United Kingdom. That means they always have style and class and the bestest table manners. The origin of the name Beagle is unexplained. Some researchers say it comes from the french word BEGUEULE what means bigmouth. I think thats crap. They got their name because they fly over the fields when they hunt as a pack like eagles and because there still was an animal with that name, they just added a "B" so they became B-eagles.
The B-eagles are hunting dogs of group 6, the Hound Group and they are fabulous hunters with a good sense of purpose and endurance. That means if you hunt with a B-eagle pack for rabbits the hunt is not over before the B-eagles say it's over. So you have to have a lot of endurance and a sense of purpose too or you better stay at home.


B-eagles are not only famous hunting dogs, there were a lot of B-eagles what became famous and who's name the whole world knows. Here are 3 of them:

four dogs from Liverpool who became famous with hits like "A Hunt Day's Night", "Dig it", "Fried as a Bird" or "Roll over Bed open". They conquered the world in zilch and all dogs, even cats! copied their hairstyle called the "mop-top" and by now they were the only band who hold all of the top five spots on the billboard charts at once. 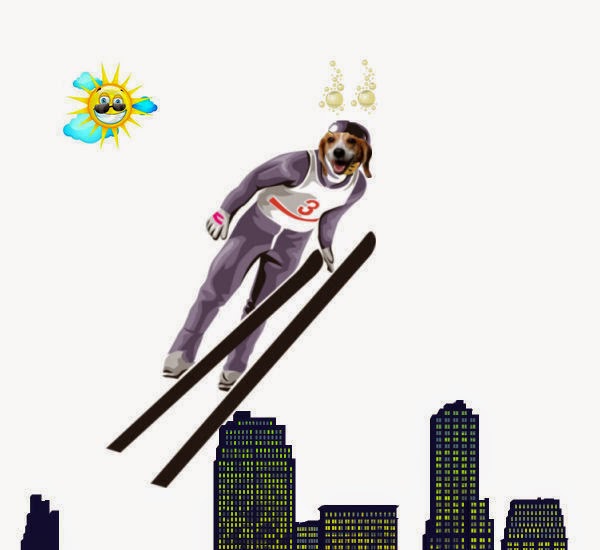 the first Ski Jumper who started at the Owlympics for the UK. He got  the 58th place at the Owlympics in Oberstorf with ginormous 73,5 meters what was the british record in 1987. From all 58 atlethes there  he was the most popular ski jumper  who carried the audience what screamed his name and who were always over the top for Eddie the B-eagle.

Let's face it, Snoopy is legend. He is the one who made the comics famous. What are The Peanuts without Snoopy? Ok, I would prefer them without Lucy, because she is a mean brat, but without Snoopy? Never!


Snoopy sleeps on the roof of his dog house and he even has a flying machine ( like Diva Shasta!) and he also is  a famous tennis player, plays baseball as short stop, a B-eagle scout, an astronaut and an accordeon player... oh and he loves pizza! So I think Snoopy is THE B-eagle.

And there are a lot more of famous B-eagles: The B-eagle Brothers, guys I love your criminal minds!,  Gromit with his sidekick Wallace, Odie, you aren't an idiot, buddy, you are just misunderstood, Poochie of the Itchy&Scratchy Show, Underdog, Mr. Peabody, Brains, without him that Inspector Gadget wouldn't solve only one case, Lou, Fleegle, Shasta and Shiloh, Porthos, Buddy, Toby, Bagel or Shoeshine. Even the NASA had a B-eagle once, what was a landing craft for  Mars. This B-eagle is still on planet Mars, he probably discovered an interesting sniff there...

Now you know that B-eagles are famous and important. And if you will meet a B-eagle once, just ask him for an autograph, its probably a Celeb-eagle or a VIB (very important B-eagle).


Is your breed famous too? Ask the d-oogle or the silvermistygrey Weisenheimer aka MOI to find it out  :o) 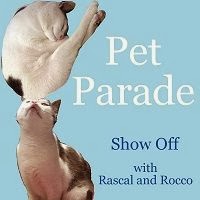 We almost furgot - we like Easy'z guest post so much we iz sharin'it with
Rascal an'Rocco's Pet Parade this week.

Posted by The Ladies of Beaglebratz Manor at 11:00 AM

thanks for the bigmouthed thank you! I think the eagly-thingy sounds better... butt I have to admit that the B-eagles in my neighborhood are very verbal...probably related with the guys from liverpool... they sang "let it pee" as I passed their yard :o)

OMD OMD Easy did an AMAZING job as a guest poster..... we loved it.
Guess we need to get started on OURS next... Butt it will PALE in comPAWison. Just sayin.

PeeS...... for some reason this post did NOT show up in my Blogger REading list on my Dashboard.... I would NOT have known it was posted had you not said so in the comment to me...
I had to click on your blog name and that took me to the post from THRUSDAY... and I clicked NEWER POST at the very bottom....
SIGH.... blogger can be such a SQUIRREL sometimes...
Just wanted you to know about this ... in case you don't get a lot of comments.... Others may not be able to see the post either.

What a wonderful guest post from Easy! We especially like the B-eagles. They're one of our faves! What a fun way to get to 1000 posts!

hahaha! that was adorable! Love "The Beagles" much cuter then the real ones hehehe!
Thanks for linking up to our pet parade!
ღ husky hugz ღ frum our pack at Love is being owned by a husky!

Is Mutt a famous breed? Thanks for joining the Pet Parade this week! ~Rascal and Rocco

Easy did a great guest post. We learned a lot about beagles.

Crikey that Easy sure is a funny bloke, aye? What a great job he did of that post!! Very, very, clever. I loved it.