A NEW UPDATE ON SHILOH AND NURSE SHASTA 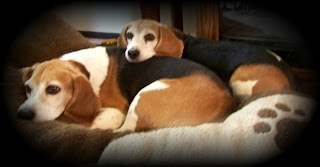 Poor Shasta couldn't figure out why her brother Shiloh hasn't been acting his usual self so last evening she did the only thing (and maybe the best) she could do.  I don't know when she has done this before.
Maybe that was like the cherry on top of a sundae - all the things I had done was just getting the ball rolling but when Shasta added that extra little "oomph" that was what really put the healing process over the top.  I'm not saying Shiloh is 100% back to normal but a heck of a lot better than Thursday evening when it started.  He's not whining/crying today when he moves and he is walking easier and actually more willing to move and walk around outside.  When I got their breakfast ready this morning, he actually came out to the kitchen on his own.  I think I still see a bit of hesitancy when he begins moving - waiting to see if it's going to hurt but when there is no pain then he just keeps moving.  Last nite he wanted up on his favorite chair but I wouldn't let him - he was NOT happy but the nite before he snuck up on the couch before I could stop him - as he moved, of course he yelped.  I let him lay there until we got ready for bed - he did not want to move and he yelped again when he got down but this time I was there and helped him down.
So while not completely better by tomorrow, I think he will be close.  Today his aspirin will only be two - 1 in the morning and 1 in the evening.  Then tomorrow probably just 1 in the morning, depending on how he is getting around.  In the meantime, I am looking online for some glucosamin chondroitin tablets for both him and Shasta - besides the fact they are both advancing in age, they are also related and also it is an established fact that Beagles, like many other breeds, are known to develope more bone and spinal problems as they get older.  And since Shiloh is known to have Intervertebral Disk Disease, I really should have had him on it already - bad Beagle mom.
Had to take a short break - Shiloh had walked over to the door (initiated by him) then looked back at me to let me know he needed to go out - I was more than happy to accommodate his wish.  We went out, Shasta too, walked around the yard a bit and shared in some raw veggies that I had.  He is out laying on the dog bed on the deck since it is a little cooler out there with a slight breeze and cloudy.  And now I need to go get some laundry done.  We just wanted to thank you all for the well wishes and prayers - once again Blogville came through!!!!!!!!!!!!!!!!! 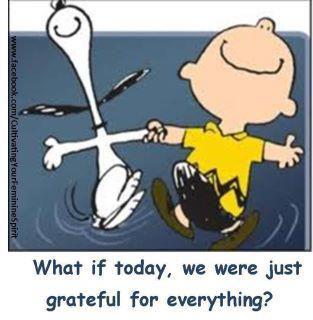 ~Kim, Shiloh'n Shasta~
Posted by The Ladies of Beaglebratz Manor at 2:58 PM

we are so happy to hear you are back on track Shiloh, whew!
Benny & Lily

What a darling Shasta is for sticking by her brother. So cute. And we're very glad to know Shiloh is feeling better. Seamus and I went for a long walk today so now he's zonked out in (my) bed, but when he wakes, I know he'll be glad to hear the news. Have a great day!

Great to hear! Shasta is such a sweetie!

Happy to hear Shiloh is getting better. MOM just started me taking those G pills. It's not to bad, I just chomp them down.
Blessings,
goose

Yip-Pee for the great report. But we'll keep sending all those good vibes anyway!

Wow, Were so happy that Shasta is back and she's doing great with her brother, Good to see you Shasta and Shilo :)

We are so glad to hear Shiloh is able to move around. Fish oil is terrific for inflammation, too. There are a number of other things like tumeric and boswellia. There is a good supplement called DGP (dog gone pain) with a number of herbs in it. I can testify to it helping with my beagles. You wouldn't use it in addition to rimadyl but by itself it works pretty well. Complete cage rest is still the best and simplest option. It won't be long before he and Shasta can romp again.

We're also glad to hear Shiloh is feeling better. Hope he continues to improve until he's back to normal and can jump on and off the furniture with no problems. Good nursing, Shasta!

Oh, I am so sorry to hear about Shiloh. Sending him some good vibes and hugs.

Oh the dog blog, pets are the best models. My sister always had beagles, and now it is bassett hounds. I love the look in their eyes.

Yes I am posting more than before.
Remember I am the procrastinator, and I am on a roll so don't hold your breath.