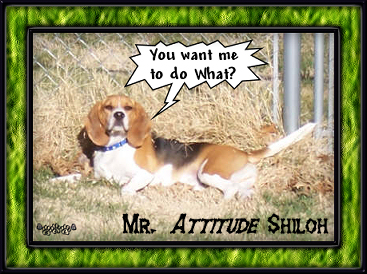 Mom here - I have REALLY been NEEDING to do this for several days now. In a way it seems like the original onset (this year that is) happened a LONG time ago HOWEVER it was just on October 21, 2012.  Maybe it was the way Shiloh had a few days at first where I thought he was getting better only to be back to whining and in pain less than 12 hours later.  At first, after the first 5 days, he was done with the Metacam then about 4 or 5 days later, he was able to stop the pain med however I decided it would be good for Shiloh to continue his muscle relaxant for a bit - he was still having a bit of a problem with relaxing and doing some pacing - symptoms of IVDD.

It was only a couple of days before the muscle relaxant was stopped also.  However the problem I had convincing Shiloh he still had to take it easy increased along with keeping him off his favorite chair.  Shiloh will usually sleep on one of two dog beds available - one of those being his new orthopedic dog bed I got for him

(like I said before, this is NOT an endorsement for this bed with AKC's tag on it - the bed just happened to be the ortho bed I could afford at this time and I didn't realize how prominent their logo would be in this picture)

The other change I made - and so far it is working along with Shiloh's improvement - I WAS giving him glucosamine however after talking about his IVDD on Facebook a bit and several comments from other Beagle owners whose Beagles had HAD problems with their backs, I switched to a product called
DURALACTIN Now this joint supplement does not contain glucosamine or chondroitin - Duralactin contains only MicroLactin®, which modifies the neutrophil/endothelial cell interaction to reduce the emigration of neutrophils.  Now that last part is just some of what is said on the website and I'm not real sure what it means but I think something like the problem with Shiloh's back is caused by too many neutrophils getting to the area where it shouldn't be and the MicroLactin® interferes with this.  In the meantime, what I really know is when I open the back door to let the dogs out - if they spot something on the other side of the fence that should not be there, like some kind of critter, both Shiloh'n The DIVA Shasta take off Aroooooo-ing and running.  I should probably keep Shiloh on a leash instead of letting him go but he has shown no ill effects from this.  The Beaglebratz are also playing and chasing each other again in the house altho this is on a limited basis.  At times, it almost seems like Shiloh really knows when he needs to take it easy and when not.  I am keeping an open mind and open eyes - as long as Shiloh either stays the course or improves any then I know the Duralactin is doing the job it was made for.  If Shiloh has another setback sooner than later - then I will decide at that time what to do. 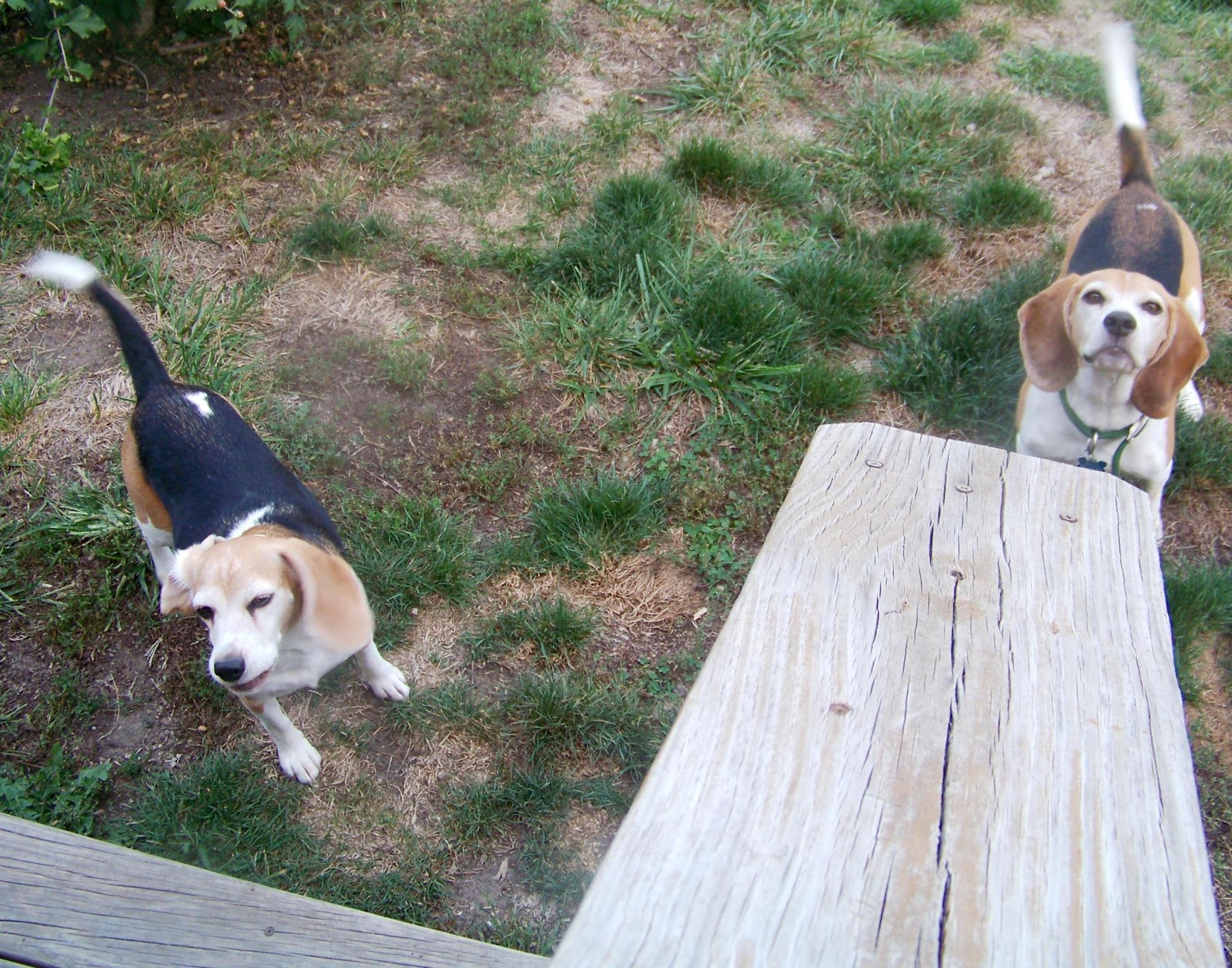 ~Kim, Shiloh'n The DIVA Shasta~
Posted by The Ladies of Beaglebratz Manor at 7:28 PM

What ever he needs we are sure he will tell you through his actions, me and Bites do that and Mom and Dad are very good at telling whats wrong with us! Hope that stuff keeps him running like a pup!

Pees; Still thinkin on the Christmas stuff, cause now I am giving THEM mixed signals what I like, Heeheehee, fun to keep everybody guessing!

I hope the improvement continues. Prayers are continued.
Blessings,
Goose

We too hope the improvement continues and with careful management it will all be OK. Sending healing paw and good vibes as always. Have a lovely Monday.
Best wishes Molly

That is great news that Shiloh is romping again! Yay! Keepin paws crossed this new med will work wonders for him :)

Waggin at ya,
Roo

We hope Shiloh continues to improve and we will continue to keep him in our prayers.

Glad to hear this all seems to be working. Sending some good vibes in the hope it continues to work well for Shiloh.

Oh, that is indeed good news that it is working. I'll keep sendin' postive healin' thoughts your way!

We still got all our feets crossed for you.
Benny and Lily

Praying that the improving continues for Shiloh!

Kess And Her Mama said...

Happy to read that Shiloh is improving. Paws crossed for a speedy recovery.

Hi guy'z fank'z for stopping by to play, you guy'z are terrific, will'z put ya on our buddie list :) Hope youz felling better Shiloh :)Big kizz for youz X..Humom has put up an exchange rate now, she'z blooming hopelezz, should of done that in the firzt place.. Youz have a great day, wez be popping by all dez time now :) xx00xx

Hope Shiloh continues to improve! My paws are crossed!

I didn't know Shiloh had an issue. I hope he feels better soon and doesn't have any setbacks. Poor baby!

I'm sorry to read of Shiloh's IVDD. I have that too, and I've had a bunch of surgeries for it. I find that staying active and strong is the biggest factor in helping me feel better. Anti-inflammatories help too but I've had to stop them after too many years of taking them. I mention that because they'd probably help Shiloh (but I'm guessing that you're already doing that).

I hope that sweet Shiloh keeps getting better.

Thanks for your thoughtful and insightful comments on my blog. You're right about Shyla. At the beginning, I needed to be hypervigilant to protect her - but now she is telling me to relax!