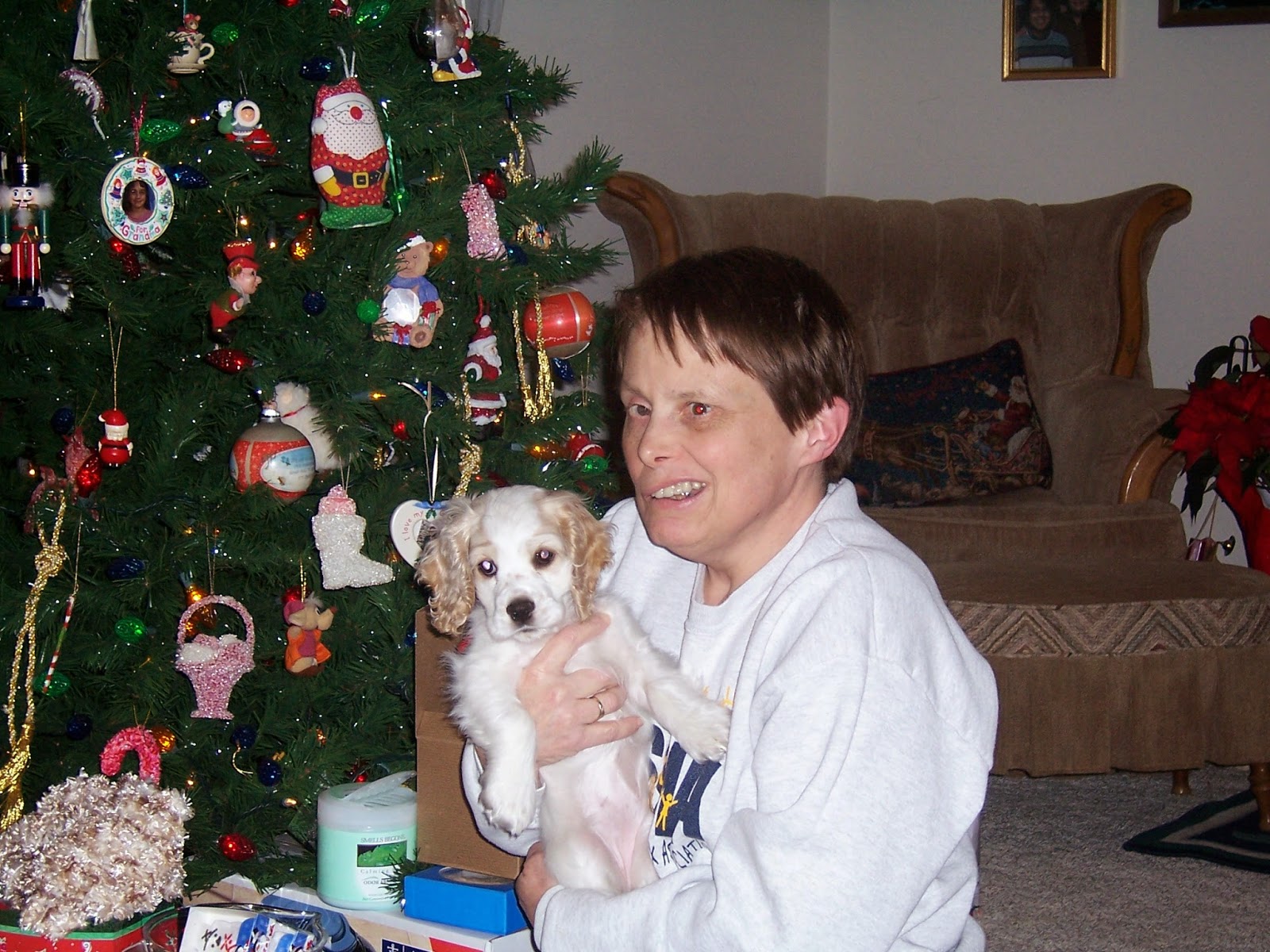 Mom Kim here - in that Flashback Friday post earlier today, I had a couple of comments asking why the bites.  And then I realized something - it's not just about the bites - it is also how we hear about them - how are the bites described and what dog is involved.  The picture above is me and the Cocker Spaniel PUPPY that was involved. The Westie I talked about -  also a PUPPY about the same age.
This puppy and the Westie puppy were playing - tussling - I started hearing some whimpers and growls and I saw some nipping so being the worry-wart that I am - I intervened  and ended up putting my hand in whatever was going on - trying to separate the 2 puppys which is how I got bit - it wasn't a bad bite, hardly bled AND IT WAS TOTALLY MY FAULT!
I also had no real idea who it was that bit me.

Now as for the YorkiPoo I mentioned-
my own Angel Oreo

Now remember, I wrote that post back in 2008-
I have no idea what happened-
don't remember when that happened.
Maybe it was under the same circumstances as the other, maybe it happened when Angel Oreo was playing with puppy Shiloh-
I have no recollection of it.

Ok - that's all - I was just thinking about that.
Like maybe the way media portrays a dog bite-
has something to do with public reaction.
~Mom Kim~

Posted by The Ladies of Beaglebratz Manor at 10:26 PM

No worries and have a super Saturday.
Best wishes Molly

I agree with you:it's not just about the bites - it is also how we hear about them - how are the bites described and what dog is involved. Absolutely. The only dog who bits my mom seriously was a chihuahua. Her hand needed stitches and she got a bad infection :o(

Wells, if you're talkin' PUPPY bites...wells I bit Ma lots!!! BOL!!!! hehehehe Just kiddin'...I just NIPPED her lots and wells, apparently peeps don't like it when you nip their fingers...whatevers.
Anyhu, I didn't thinks it was a serious bite(s), just that you were probably extra tasty! ☺
Kisses,
Ruby ♥

That cocker puppy kind of looks like me when I was a pup! Mom says there's nothing cuter, or brattier, than a cocker pup. Hey!!

Oh, that makes sense. Stanley used to bite everybody when he was a wee pup going through "a thing".