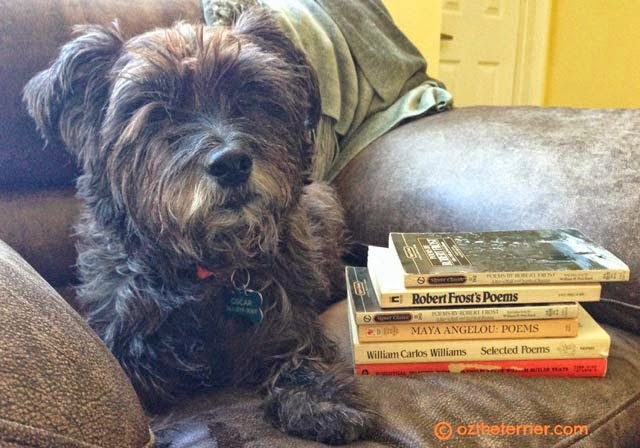 Today I, the great and powerful Oz the Terrier, am going to give you a quick lesson in How to Write a Limerick. 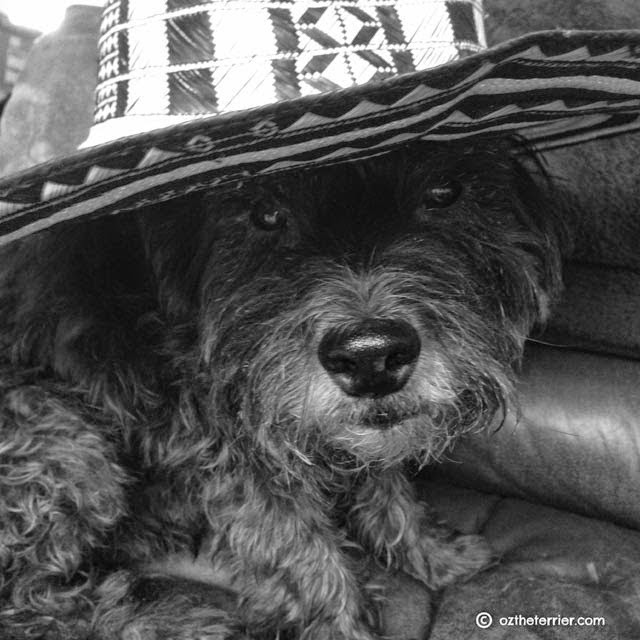 Probably not.  Neither do I...I just know how to write the darn things.  Anyway, the rhyme scheme is AABBA - all As rhyme and all Bs rhyme.  Easy enough.

The meter however, is a bit harder (and sometimes I toss the meter to the wind because I hate being constrained on a literary leash, so to speak).   It is an accented pattern of double weakly stressed syllables.  Still no help, right?  I know...I hate meter.

Now that we know the rhyme and the meter, we need to find a friend of which we can ridicule in verse...humorously or even rudely.  I think we can all agree the best limericks are funny and maybe a little rude (or crude...or lewd...or nude...you get the idea).

NOTE:  Though you may be tempted to start your limerick with "There once was a man/woman/dog/cat/etc from Nantucket", don't.  All the good rhymes for that have already been written. 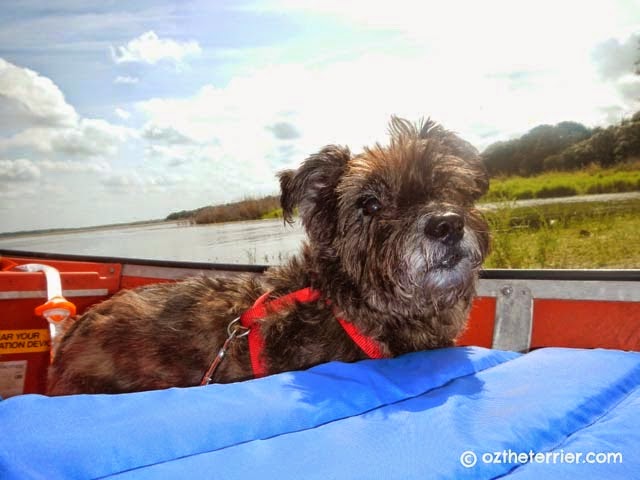 OK...so now you should be ready to write your very own limerick.  I have taken the liberty to write one for Shiloh and Shasta since this is my guest post for them.


A Limerick for Team Beaglebratz
by Oz the Terrier

There were Shiloh and Shasta the Beaglebratz Team
Who got a lofty idea and started to scheme.
Their plan is quite loopy,
To be a novelist like Snoopy,
By writing 1,000 blog posts by the end of 2014.


CHALLENGE to Shiloh and Shasta:  For one of your 1,000 posts, write a limerick using the process in this post.  You can write it about anyone (except if they are from Nantucket).

CHALLENGE #2 to everyone leaving a comment:  Can you leave your comment in the form of a limerick?  Even a bad one?  (And for Frankie & Ernie, no two lines of a limerick and giving up!  I know you CAN write a limerick!)

That Oz is a special little guy
Lily & Edward

I will try it... There once was Easy the Weim,
who wrote a "rick" with "lime"
sadly the Weimi failed,
the limerick-project he nailed.

Oz is our favorite florida dude :)

BOL Shasta and Shiloh! Now, are you gonna take me up on my challenge and write a limerick for one of your posts? Thanks for letting me be a guest blogger! How FUN! Happy Weekend.
Oz

Oh dear we can't just think of one off hand. We'll try and come back. We love Oz.
Have a fabulous Friday.
Best wishes Molly

There was a women At The Farm
Knowing her animals would come to no harm
She collected dogs
Like Lincoln logs
And her hubby became quite alarmed!

Oh shoot, we should have read this before we did our poem last week!!